My main source for finding new companies to add to my list of DITA users on the DITAWriter website is LinkedIn. In order to answer the question: “Where are DITA users located across the world?” for the past few years I have done a broad search asking how many individuals claimed “DITA XML” experience on their online resumes. I could filter that by the country they reside in. (Searching for “DITA XML” is much more specific than doing a search on just “DITA,” as that picks up people who have worked for the eyeglass firm of the same name or women who have that as their first name.)

Sadly, one of the more recent “improvements” to LinkedIn’s internal search mechanism has removed this convenient function. However, I managed to get the data on the top countries where DITA users reside just before LinkedIn shut this useful feature down. What I find interesting is how many more people are claiming DITA experience when compared to late 2014, and how those proportions are gradually shifting worldwide.

Keep in mind this is based solely on LinkedIn data, which is heavily represented in English-speaking countries and in areas where English is a common second language. So I think it is safe to say that many European countries are under-represented here. This, however, may also be mitigated by the fact that many of the people using DITA have to know enough English to understand how to use DITA in the first place, since with only a few exceptions (such as the German DITA tutorial website http://www.learningdita.de/, and some of the multi-lingual entries on the IXIASOFT website) the vast majority of the training material on how to use DITA is in English.

It should come as no surprise people claiming DITA XML experience reside primarily in the United States. It might come as a surprise to many that the #2 country is India. Given the relatively low number of home-grown Indian firms that use DITA, the majority of this slice of the pie is due to outsourced work. And while Canada comes in at #3, I think the more interesting thing here is that if you add up all of the users in various European countries together, they amount to 19% of the total, easily overtaking both India and Canada. Given that I think Europe is under-represented on LinkedIn, I am sure the actual percentage is higher than shown here, so even these incomplete numbers are impressive when taken in context.

When tracked against my original survey from late 2014 and comparing those results to now, it is clear not only that DITA usage has grown, but that the rate of growth is beginning to shift away from North America. What the following pair of proportionally-sized pie charts show is that people claiming DITA XML experience on LinkedIn has grown substantially over the past few years, with larger growth happening in Europe and Asia over that in North America (though in absolute numbers it continues to grow there, too).

While it is clear that DITA usage continues to grow within North America, the number of DITA XML users in Europe and in Asia are beginning to catch up. Delving further into the numbers, the growth in Asia is led by a large cohort of outsourced technical writers based in India, but that’s not the whole story. Japan in particular is beginning to grow its own local pool of talent as DITA adoption at Japanese firms takes off. To a lesser extent, the same can be said for DITA growth in China, Singapore, and Israel (which is considered to be a West Asian country in geographic terms). Within Europe, the countries that have seen the largest growth in DITA users include the United Kingdom, followed by France, Germany, Ireland and The Netherlands. The Nordic countries also boast a strong DITA contingent, led by Finland (where Nokia was an early adopter of DITA), followed by Sweden.

What does this suggest for DITA adoption worldwide? The continued growth of technical writers claiming DITA XML experience in North America in absolute numbers—if not in terms of worldwide percentage—demonstrates that DITA adoption within American and Canadian firms is on the rise. Does the reduction in the overall worldwide percentage mean the North American DITA job market is becoming saturated? I would say no. “DITA” is referenced in 4 to 5% of all technical writer job descriptions within the United States, implying that DITA adoption is likely still in early stages. The proportional growth of DITA outside of North America is most likely due to European and now Asian-based firms catching up with their North American counterparts, as the benefits of moving to DITA from a cost/benefit basis become increasingly clear.

From what I can see, DITA usage will undoubtedly continue to grow for the foreseeable future. Long ago it overtook the popularity of S1000D and DocBook. Topic-based content is perfectly suited to the needs of readers seeking information when and where they need it within an increasingly interconnected world. The advent of Lightweight DITA will likely spur further adoption and innovation. Thanks to the efforts of online websites that are beginning to teach DITA basics to non-English audiences, I believe we are also likely to see increased levels of DITA users outside the core English-speaking audience. 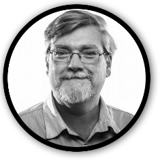