“Moving to DITA was a wise decision by upper-management, who foresaw the cost-savings in using XML in our documentation process,” recalls Keith Schengili-Roberts, Manager of Documentation and Localization at AMD’s Graphics Products group, which acquired his employer ATI Technologies in 2006. “But it was not until implementing IXIASOFT’s DITA CMS that we were able to realize the full promise of DITA.” Keith’s technical documentation team, based in Toronto and whose company produces the legendary AMD Radeon™ and FirePro™ graphics cards, were among the earliest adopters of DITA. 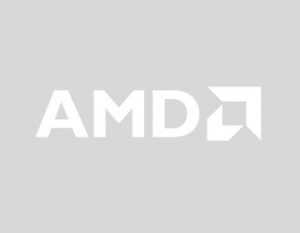 Keith’s team produces engineering documents for OEM and ODM partners, consumer end-user guides, online help, and much more. Localization is a key part of their process, with some of their documents translated in up to 21 languages on a monthly basis. Keith remembers that, “prior to DITA, our old toolchain delivered minimal content reuse. We used unstructured tools and even though we implemented an ad hoc single-sourcing system, we found that content was inconsistent, quality varied from document to document, and the level of reuse was poor. With DITA, topics can pretty much be anywhere you want them to be. It is a far better architectural model for content reuse.”

By 2006, this technical publications team was “facing a growing number of document deliverables using a toolchain that wouldn’t scale,” recounts Schengili-Roberts. “But with IXIASOFT’s DITA CMS solution, AMD has cut localization costs in half, more than doubled writer productivity, and has improved the quality of our docs.” Here is the story of how this organization achieved such inspiring results.

Removing Common Frustrations by Migrating to a DITA CMS

A primary driver for DITA in the high-tech industry is its short product life-cycles. Using DITA in a CMS, you can rapidly create new content and easily identify aging or obsolete content. At AMD’s Graphics Division, product life-cycles are a short six to 12 months. Data can become outdated rather quickly, and DITA can provide a powerful platform to manage that obsolescence. Keith recounts, “Knowing our short product life-cycles, when we performed an internal audit of our existing content we ended up migrating only the latest-and-greatest content to DITA, saving us a lot of unnecessary time and expense.”

Another challenge was that without a DITA-based CMS, the AMD writers still spent half their time formatting documents. “For example, something like changing a simple header in one chapter would cascade throughout the document, requiring an arduous review of the whole thing and then make manual adjustments to the header hierarchies,” said Keith. “IXIASOFT’s publishing engine took this headache away completely, leaving writers to do what they do best: write.”

AMD is a $5B high-tech manufacturer with over 10,000 employees worldwide. Their dedication lies in collaborating with customers and technology partners to ignite the next generation of computing and graphics solutions at work, home and play.

Its technical publications team translates their documentation in up to 21 languages.

Primary drivers for a CMS:

The Tipping Point for a Component CMS

Compare DITA to the jet turbine engine: if your “aircraft” (read: “content volume”) is small, upgrading from a propeller to a jet engine is enough to change your life forever. However, if you try to pilot a jumbo jet (read: larger volumes of content), the engine is only one facet; you will also require an automated, fly-by-wire system to keep the plane under control. As content continued to grow after the initial DITA adoption stage, AMD experienced additional challenges.

Minimal Content Reuse
Under the old toolchain, the prospect for content reuse was low as there were no tools in place to provide advanced searching capabilities.

Rising Localization Costs
Prior to IXIASOFT, AMD continued to use a desktop publishing (DTP) tool; this choice added complexity between AMD and its localization vendor, who had to deliver and format content using the same DTP tool. The vendor levied extensive DTP surcharges above and beyond the per-word translation fee. Keith remembers when “a simple 200-word document would be hit with a DTP surcharge that was larger than the actual per-word translation charge. Ridiculous!“

Reducing the amount of time spent on formatting should translate into an increase in production, of course, but the 200% increase in our output surpassed all of our expectations.
Keith Schengili-Roberts - Documentation and Localization Manager

Before implementing DITA CMS, nagging translation errors were prevalent. “Under our old system, different choices of fonts within the same language would actually yield different translation results.” Keith remembers the frustration of “one of my localization coordinators trying to figure out the various types of character encodings being used within a single, one-page document in Japanese. There were five different character encoding schemes being used, and it took her several days to sort it all out.”

But the challenges did not end there. Even within the English language, similar formatting errors appeared. Keith tells of a classic, memorable example; “Many engineering documents use upper-ASCII symbols, one being the Omega (Ω) symbol which represents electrical impedance (Ohms). To get this symbol to appear in one font, one could simply hit Shift+W. But if this same document was printed from someone else’s machine that did not have that font, that person would literally see a “W” instead of a “Ω”. “W” equates to Watts in electrical terms, which would not only be wildly inaccurate, but would make us look like we didn’t know what we were doing! Of course, IXIASOFT’s DITA CMS uses Unicode enforcement, overcoming such errors.“

Under the old toolchain, AMD faced challenges in enforcing consistent basic brand-management policies. For example, AMD’s acquisition of the Canadian-based ATI required a small but important legal adjustment to many of its trademark symbols. Many of ATI’s legacy trademarks needed to be updated to reflect the change in branding by the parent company. Keith notes that, “Using our old toolchain, we could not consistently make these simple, yet important changes throughout all of our documents without investing considerable time and effort. IXIASOFT allowed us to implement an entity-based system, where all such symbols are linked to a centralized lookup chart, and a single change automatically gets pushed into all subsequent versions of a document.“

IXIASOFT: The Right CMS for a High-Tech Manufacturer

Armed with the will to enact positive change, AMD initiated a rigorous selection process of the top 10 DITA-compliant CMS vendors. One of their chief criteria was Unicode enforcement: whatever you put in as Unicode must come out as Unicode, so no more character-changing surprises. Keith remember a “trap” that they set for the CMS vendors when they were tested for their Unicode resilience; “We used a now infamous test to push the limits of Unicode compliance. There is this silly phrase ‘I can eat glass; it cannot hurt me’ which has been translated into many languages using major segments of the Unicode plane–more than we were actually going to need. We began with what we already knew to be accurate translations of this phrase in about a hundred languages. Next, we had this phrase rendered in Unicode and then–as part of our test procedure–gave it to the vendors to import into their CMS to see what came out. Out of the top 10 DITA compliant CMS vendors, eight flat-out failed that test. IXIASOFT delivered.”

Multi-platform support was also critical. At the time, AMD had systems running multiple versions of Windows®, including Windows 98, Windows NT and Windows Server®. There are also development groups that work exclusively on Linux® and Mac OS systems. Keith wisely demanded a CMS that could thrive on all platforms. IXIASOFT’s DITA CMS is an Eclipse-based (Java) platform that ensures cross-OS, consistent performance.

“IXIASOFT’s solution has an incredible ability to search topics quickly. It searches over 16,000 topics and swiftly produces useful results. We can instantly determine whether something has already been written about a particular subject.”

“DITA CMS has a very nice drag-and-drop interface for DITA maps. If somebody thinks, ‘actually, this needs to go here,’ DITA CMS does not even require a copy and paste operation but rather an effortless drag-and-drop of the topic from one part of the map to another.”

“Generating output is a breeze, initiated by a few clicks of the mouse and the output server takes care of the rest. Behind-the-scenes format changes are instantly updated on the central output server, ensuring output consistency.”

“From a manager’s perspective, I can generate on-the-fly productivity stats—something I never had before using the old toolchain. I can now tell who is really busy by looking at how many new or revised topics an individual writer has made within any time frame.”

“I can easily report to my Director and VP, ‘Here is what we’re publishing, here is our progress status, and here are all the languages  we’re publishing in. I can even measure my topic re-use rates, predict future resource needs based on productivity numbers and graph it all using the Business Intelligence Reporting Tool (BIRT) that works seamlessly with DITA CMS. Other managers dream of having that level of detail and the ability to produce meaningful statistics. Such reports make it easy to justify requests for more writers when my forecast shows that we will be overloaded.”

“The implementation went smoothly. IXIASOFT worked with us to first set up a program where writers could go in and get acclimated to the CMS but not be expected to produce any documents with it. This gentle introduction to the system allowed us to build up content in the repository for later use as well as getting our writers used to doing things in DITA.“

A Proven Return on Investment

When discussing a software solution’s ROI, actions speak louder than words— but not nearly as often. In refreshing contrast, AMD discovered that IXIASOFT’s promise translated into tangible results.

First, AMD has witnessed a significant reduction in localization costs, which was their primary measure of success. “Without disclosing exact figures, let’s assume that our localization budget was quite sizeable and growing at an alarming rate,” hints Keith. “After implementation, with the same volume of material, we were able to reduce that by 50% within the first year alone. And subsequently we have tackled additional documents in more languages and only use about a quarter of our original localization budget.”

Many of these successes are due to the efficiencies delivered by IXIASOFT. More specifically, IXIASOFT’s DITA CMS preprocesses segments that have already been translated into the target language. If a phrase in English is unchanged, there is no need to re-translate that same segment into another target language and so the CMS automatically takes that out of equation. Therefore, the number of words that must be reviewed by the localization vendor is significantly less than under AMD’s old toolchain.

Secondly, by empowering writers to reuse content, DITA CMS allows writers to create more documents in a shorter time-frame. When combined with IXIASOFT’s automated formatting features, “AMD has measured a 2.3x improvement in writer efficiency. In other words, for every 10 documents that a writer could produce under the old toolchain, he or she can now produce 23 documents in the same amount of time,” said Keith.

Furthermore, employees are certainly embracing the challenge of working in this new modular-type architecture and understand the importance of using a standard such as DITA. Many writers and localizers feel their jobs are much easier, in many regards:

Lastly, a software solution is only as good as the people servicing it. Keith says, “We are very happy with IXIASOFT’s product support response time. When one writer on our team reports a bug, it gets fixed, sometimes within the hour. With on-time deliveries and regular support meetings, we really do appreciate their first-class service. IXIASOFT’s solution is robust, scales well, and has delivered faithfully for over three years.”

Today, AMD leads its industry peers in the efficiency and effectiveness of technical documentation. Keith’s group is viewed within the company as pioneers who have inspired an evaluation of IXIASOFT’s DITA CMS for the whole engineering division.